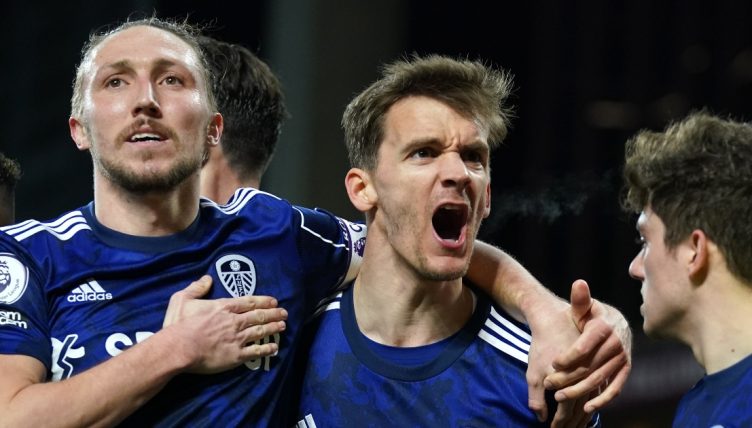 Diego Llorente delighted the travelling Leeds United supporters by firing home in the second half to complete a point-earning Leeds comeback against Aston Villa on Wednesday evening.

With Marcelo Bielsa’s side trailing at the break, the visitors needed a hero to step up and restore parity in the contest… step forward Mr. Llorente.

Tyrone Mings’ lacklustre clearance fell to the feet of the Spaniard in the 63rd minute. Llorente sniffed out the opportunity to rifle an equalising goal past Emi Martinez in a half where Bielsaball worked a treat.

Speaking post-match, Llorente said: “In the second half the response of the team was very good and I was happy to get the goal to help the team.”

“When they had one player less at the end, we tried to score one more goal and perhaps we could’ve got the three points, but overall the point is good.”

After defeating West Ham at the London Stadium in mid-January courtesy of a Jack Harrison hat-trick, Leeds fans have become used to celebrating goals on the road in jubilant style in recent weeks.

There would be plenty of contenders for who could induce bedlam and chaos in the stands. In truth, Llorente would not be high up on the list of the likeliest candidates to cause such scenes.

But on Wednesday night, he was the hero Leeds needed.