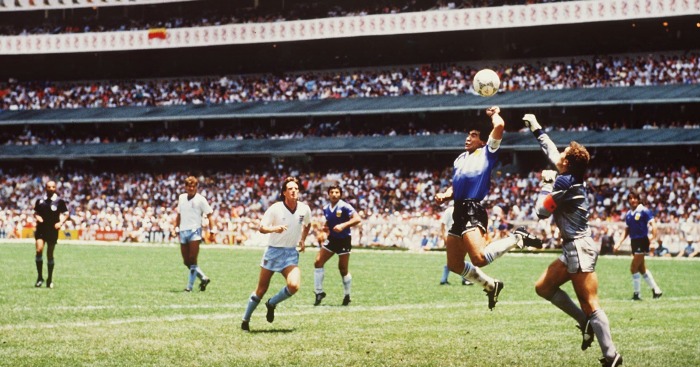 Maradona and former Valencia midfielder Pablo Aimar were in Suwon to help promote the upcoming draw for the Under-20 World Cup in their roles as FIFA ambassadors.

But the 56-year-old couldn’t quite get the technique right and instead diverted the ball away from goal before receiving a yellow card from the referee.

Earlier on, the former Boca Juniors, Barcelona and Napoli attacker also recreated his iconic celebration against Greece at the 1994 World Cup.

Some people were just born to entertain – and El Diego remains one of the best.