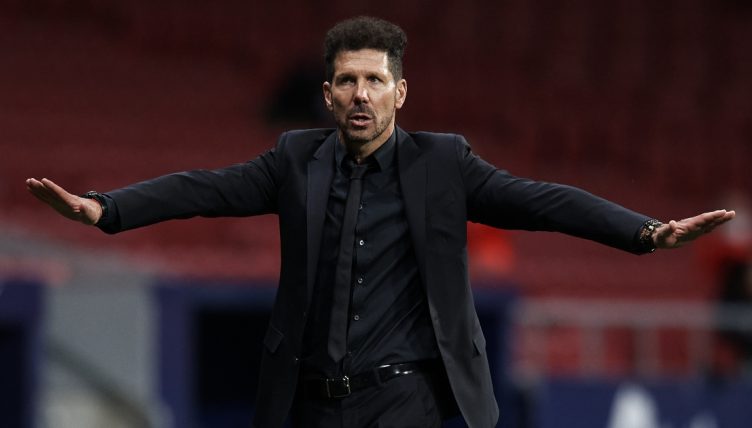 Atleti held on to their two-goal advantage for much of the game until defender Igor Zubeldia pulled a goal back for Sociedad in the 83rd minute.

After surviving some intense late pressure, Atletico Madrid held on to move four points clear at the top of La Liga with two matches remaining.

Manager Diego Simeone sprinted straight down the tunnel after the final whistle but couldn’t resist showing his delight in Atleti’s victory.

Punching his arms in the air, Simeone was seen to jump with joy as he headed for the dressing room. There’s no doubt he’ll be reminding his players that the job isn’t quite done yet.

Simeone's reaction says it all! 😂

Atletico Madrid are getting closer and closer to the title 🔴⚪ pic.twitter.com/L0H97RnGwi