Watch: Dier gets incredibly giddy on Spurs bench about return of Janssen 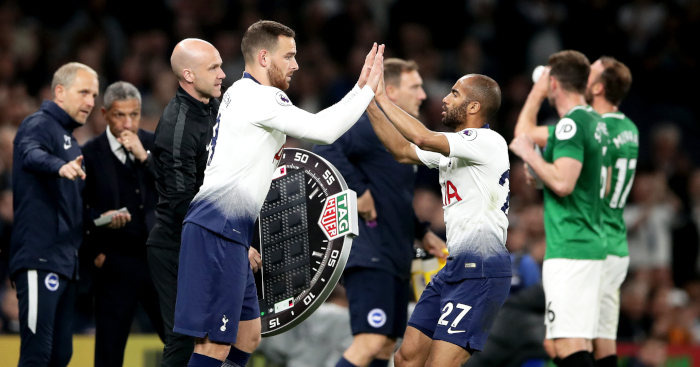 Vincent Janssen made his first Tottenham appearance for almost two years against Brighton on Tuesday night – and team-mate Eric Dier was clearly excited by the striker’s return.

Janssen has endured a torrid time at Spurs, scoring two Premier League goals in his debut campaign before being sent out on loan to Fenerbahce last season and being frozen out this term.

Injuries have resulted in the Netherlands international making an appearance in Mauricio Pochettino’s matchday squad, and he was thrown on late on as Spurs tried to break the deadlock against a dogged Brighton defence.

The hosts did find a winner through Christian Eriksen – and maybe Dier knew something we didn’t.

👻 – After 20 months out, it's the return of Vincent Janssen!@ericdier is certainly excited! 🤩

See if the substitute can make an impact against @OfficialBHAFC live on Sky Sports PL now: https://t.co/BwfDRSznPD pic.twitter.com/5igu26ovXq