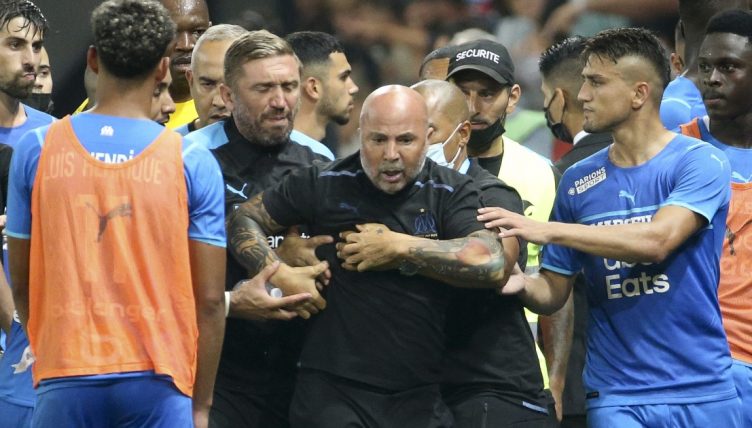 Ligue 1 exploded into life on Sunday night but not in the way that anyone wanted to see as Marseille’s away clash with Nice descended into chaos, with clashes between the teams and fans.

Nice led 1-0 thanks to a goal from Kasper Dolberg early in the second half but after water bottles started to rain down on the Marseille players at corners, things started to turn sour.

Once Dimitri Payet launched one back into the crowd after being struck in the back, things quickly descended into chaos, as a large group of Nice fans started to push forwards, eventually entering the field of play.

As stewards struggled to restrain the crowds, the referee led the teams off the field, but scuffles between both sets of players and coaching staff persisted, leading to the typically fiery Jorge Sampaoli having to be held back by a number of colleagues including Payet himself.

Nice eventually came back out to restart the game but Marseille refused. After a similar incident in front of the Montpellier fans earlier in the season, who can blame them?

Take a look at Sampaoli being restrained in the clip below.