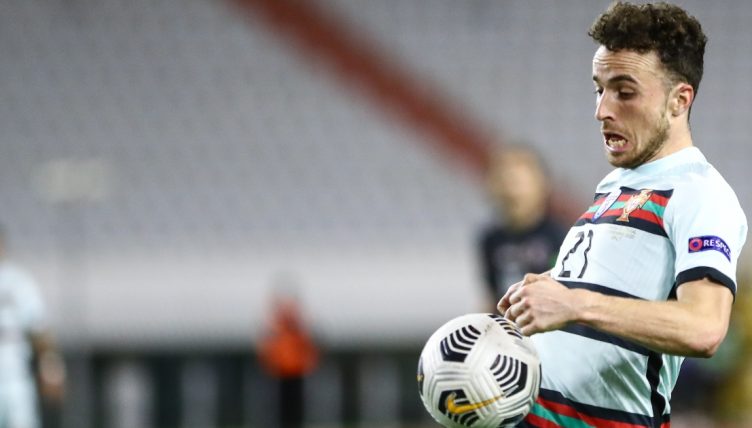 Liverpool have been hit hard by injuries this season with Diogo Jota one of those to miss a significant amount of the 2020-21 campaign.

But he is slowly returning to form having regained match fitness, netting a winner against Wolves for the Reds before the international break.

His goalscoring has continued into the break with Portugal as well.

After sitting out their first clash, a 1-0 win against Azerbaijan, Fernando Santos threw the winger in from the start in their World Cup qualifier with Serbia.

It took him just 11 minutes to make an impact, sneaking in unnoticed at the back post to head the visitors in front.

25 minutes later, he doubled his and Portugal’s tally, this time getting on the end of a Cedric Soares delivery to flick home.

Another win would take them three points clear at the top of their qualifying group, with a clash against Luxembourg next Tuesday wrapping up their break.