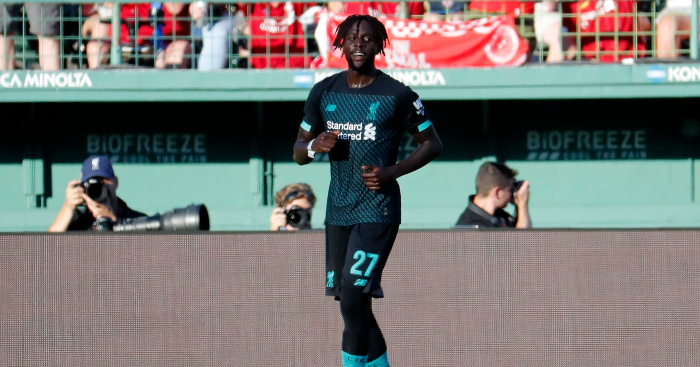 Divock Origi was back among the goals as Liverpool faced Sevilla in a pre-season friendly in Boston – but he couldn’t stop the Reds losing 2-1 to the Spanish outfit in a fiery contest.

Having finished the 2018-19 season with famous goals against Barcelona and Tottenham in the Champions League, Origi appears to have saved his Liverpool career having appeared likely to leave this summer at one stage.

The striker netted in Liverpool’s first pre-season friendly of the summer against Tranmere Rovers and bagged his second against Sevilla at Fenway Park.

Sevilla had earlier taken the lead through former Manchester City forward Nolito and were later reduced to 10 men as Joris Gnagnon was sent off for a wild kick out that left Yasser Larouci requiring a stretcher and Jurgen Klopp fuming on the sideline.

Despite their numerical disadvantage, Sevilla snatched a win at the death through Alejandro Pozo.

Watch: Klopp fumes on sideline after Sevilla man sent off for horror tackle