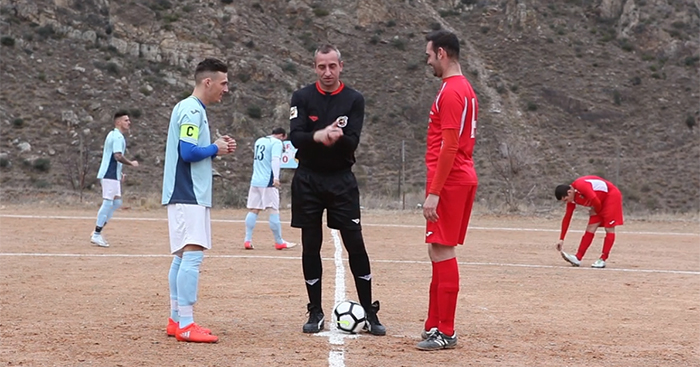 “This is real football and not the Primera División. This is the one that should be preserved.”

When you think of football in Spain, you probably don’t picture sand-filled pitches in front of a handful of spectators – but it does happen.

And a wonderful short documentary entitled Modern Football has taken an affectionate look at regional football in the country, where the game survives in its purest form.

Filmed in Aragón the video portrays unique matchday scenes in various rural locations while giving voice to the people who continue to fight for the existence of football in these areas.

The video highlights the invaluable impact that the sport plays in these communities, where it still upholds strong social and collective values, and where priorities lie in sacrifice and dedication. Here, people play for simply the love of the game

You can watch the documentary in full below.