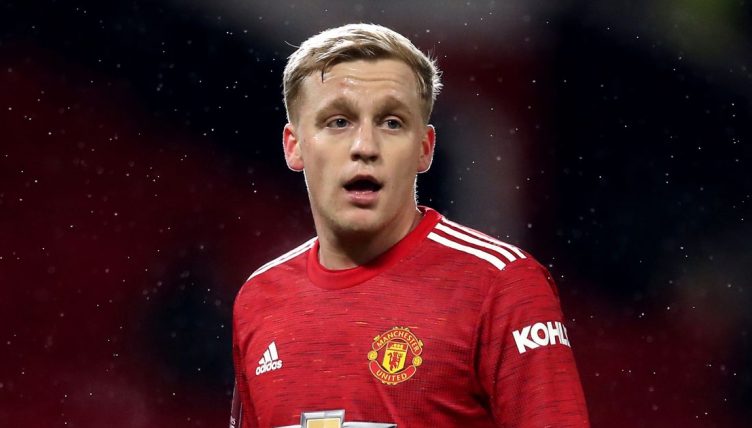 Despite being linked with a move away from Manchester United, Donny van de Beek couldn’t hide his delight when Paul Pogba scored the winning goal against AC Milan.

Since joining United from Ajax last summer, Van de Beek has struggled to make a major impact, starting just 11 games in all competitions.

“I wouldn’t say that Donny is happy,” Ole Gunnar Solskjaer admitted in January. “Of course, he wants to play more, but he gets about his job in the right manner. We are doing well and have got players who are playing really well in his position.”

The midfielder has spent the last few weeks on the sidelines due to an injury problem but returned to the bench for their game against Milan.

After Marcus Rashford picked up an injury in the first half, Solskjaer decided to bring on Paul Pogba instead of Van de Beek.

Just moments after being introduced, Pogba vindicated Solskjaer’s decision by scoring from a tight angle inside the box to give United the lead.

While Van de Beek might have been frustrated not to play, he was seen racing from the subs bench with his arms in the air to celebrate with his team-mates.