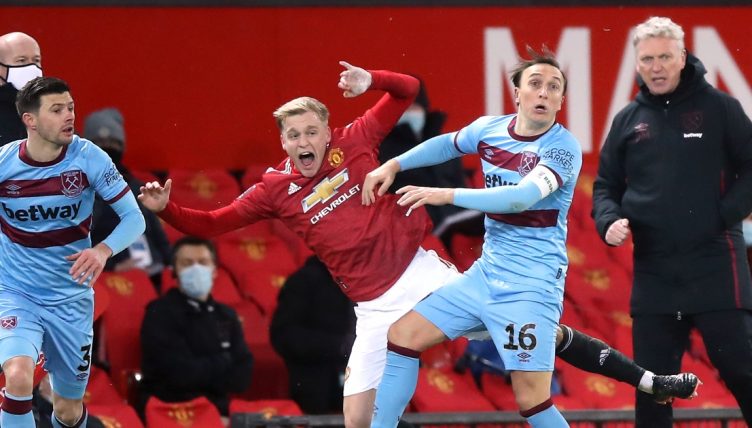 Mark Noble doesn’t get too many opportunities in West Ham‘s starting XI nowadays, but he certainly made sure we was noticed in their FA Cup match against Manchester United.

With David Moyes settled on Tomas Soucek next to Declan Rice at the base of his first-choice midfield, Noble has had been made to make do with the odd opportunity in the cups this season.

The 33-year-old, who has made over 500 appearances for his boyhood club, was left embarrassed by a brilliant piece of skill from Marcus Rashford, and then again by Mason Greenwood, which might have left him in a bad mood and an opportunity to take out his frustration on poor Donny van de Beek.

We get it. If there was any one player you’d pick on in the United team, it would be Van de Beek, with his sullen expression and air of an unthreatening Neighbours heart-throb, but he probably wasn’t expecting to get tackled while taking a throw-in.

How he avoided a booking for this we’re not entirely sure, but we can’t help but admire the unashamed shithousery.