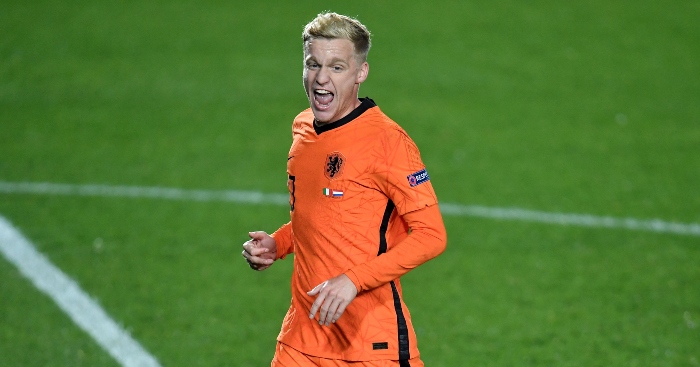 While Donny van de Beek is yet to nail down a regular place at Manchester United, he continues to impress on international duty.

Since joining United from Ajax in the summer, Van de Beek has only seen 75 minutes of Premier League action this season despite impressing in the Champions League.

“I’m a patient person, but of course you go there to play as much as possible,” Van de Beek told NOS this week. “I also think – in the minutes that I have made, in the times that I have come in – I have shown that I can add something to the team.”

After scoring against Italy in the last international break, the 23-year-old was named in the Netherlands’ starting line-up against Spain.

He fired a brilliant half-volley past Unai Simon in the 47th minute to cancel out Sergio Canales’ opener in Amsterdam, with the game finishing 1-1.

Is this what #MUFC are missing?