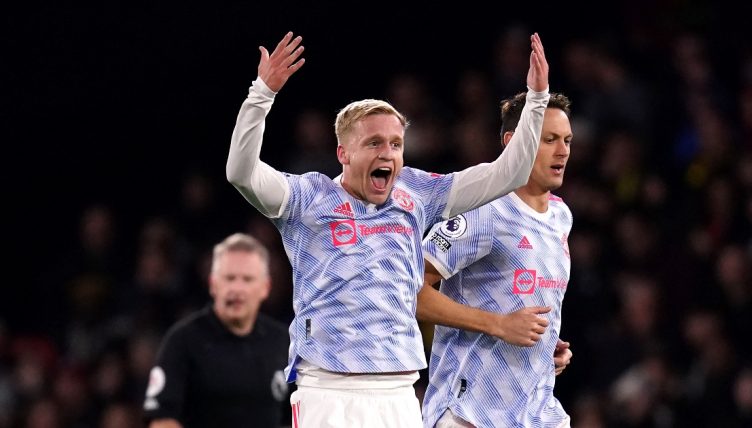 Donny van de Beek scored within five minutes of his half-time introduction as Manchester United battled back away at Watford.

The pressure ramped up further on Ole Gunnar Solskjaer after United made a disastrous start at Vicarage Road.

They had a massive let-off as David de Gea saved a penalty – and the retake – but didn’t make the most of it as Josh King and Ismaila Sarr scored to give Claudio Ranieri’s Hornets a two-goal lead at the break.

But Van de Beek, who had only played 15 minutes of Premier League football across two substitute appearances so far this season, got the Red Devils back into the match after Solskjaer elected to bring him on at the break.

Scott McTominay, who gave away the penalty and had received a booking, was withdrawn at the break along with Marcus Rashford, while Anthony Martial came on alongside the Netherlands international.

It was a simple enough finish – nodding home from a couple of yards out – but he showed good movement and understanding with Cristiano Ronaldo, who headed the ball across to him.