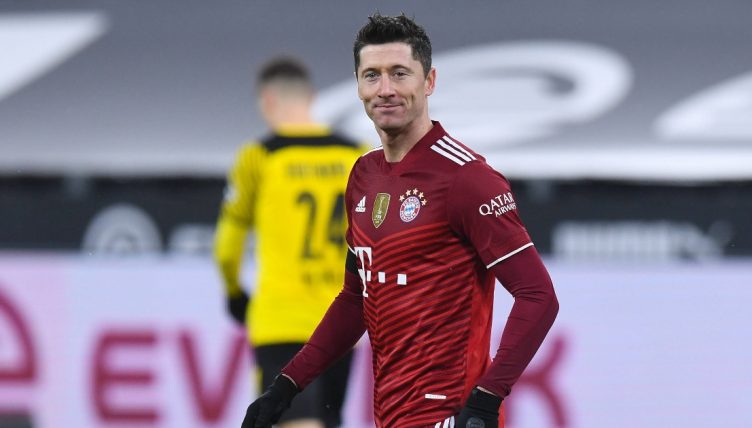 Robert Lewandowski’s exceptional 2021 may not have resulted in him being awarded the Ballon d’Or earlier this week, but the Bayern Munich striker responded in style in Der Klassiker.

Bayern Munich moved four points clear at the top of the Bundesliga on Saturday evening, after Lewandowski scored twice in a 3-2 comeback victory at his former club Borussia Dortmund.

The Poland international has never won the Ballon d’Or, but surely would have been a shoo-in for 2020, having racked up the goals as Bayern’s main man in their treble-winning 2019-20 campaign.

Instead, at a glitzy event in Paris on Monday, it was Lionel Messi who was presented the award, a record-extending seventh – largely for his contributions to Argentina’s Copa America victory in the summer.

“Robert, you deserve your Ballon d’Or. Last year, everyone was in agreement to say that you were the big winner of this award,” Messi said in his speech. “Hopefully France Football will give you the 2020 Ballon d’Or. We all believe you deserved it and I hope you can have it at home.”

Dortmund fans were keen to remind Lewandowski, who finished runner-up, of the snub, chanting Messi’s name as he was about to take a dangerous free-kick in injury-time. He was denied his hat-trick as it went sailing over the bar.