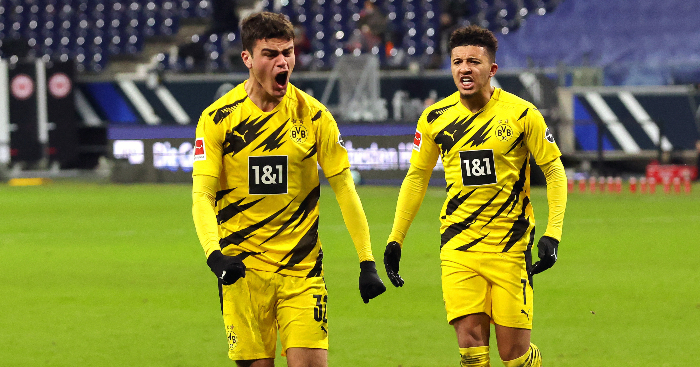 Erling Braut Haaland, Jude Bellingham and Jadon Sancho aren’t the only young players born in the UK tearing it up at Borussia Dortmund.

Step forward, Giovanni Reyna. Like Haaland, he was born in England whilst his father, Claudio Reyna, was turning out in the Premier League, in Sunderland back in 2002.

He’s followed in the footsteps of his father in representing the US national team, having received his first call-up last month.

It’s an exciting time for young American talent, and Reyna’s latest goal for Dortmund is testament to that.

We also can’t wait to see who will be the next offspring of a noughties Premier League stalwart to start making an impact in the Bundesliga. Benjani? Jimmy Bullard? We can only dream…

Having received the ball on the edge of the box after being played in by Sancho, he does brilliantly to turn a Frankfurt defender before unleashing one of the most fiercely-struck shots you’ll see this season, giving the keeper no chance.

Watch the strike below: