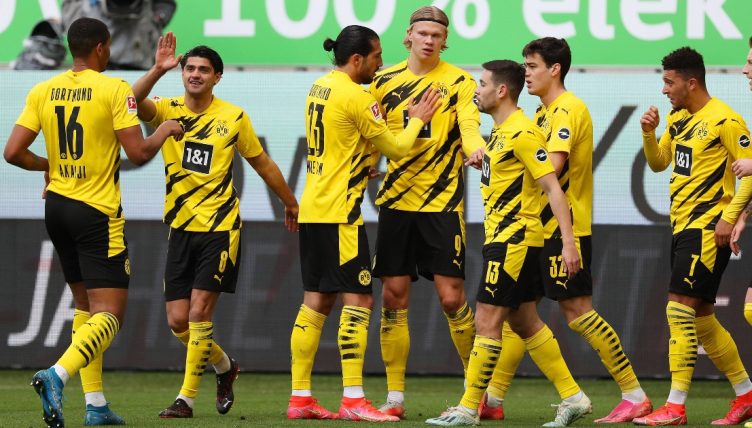 Borussia Dortmund‘s hopes of qualifying for the Champions League were kept alive by Erling Haaland‘s two goals in Saturday afternoon’s 2-0 win over Wolfsburg.

It was a massive three points in their bid to finish in the Bundesliga’s top four, as it closed the gap to just two points behind Wolfsburg.

There’s three games left to play and Dortmund now have momentum behind them, having won each of their last four matches. Now Wolfsburg can’t afford any more slip-ups in the run-in.

And as ever, it was Haaland making the difference. His first came after just 11 minutes as he capitalised on errant pass at the back.

The second goal, midway through the second half, came with the pressure on, as Dortmund were left holding onto their slender lead with 10 men, following Jude Bellingham’s dismissal for a pair of bookings.

It was trademark Haaland, bursting through on the counter, leaving defenders eating his dust before making no mistake with the finish.

The pace. The power. The finish. This guy is scary! pic.twitter.com/H8QHZQgwao