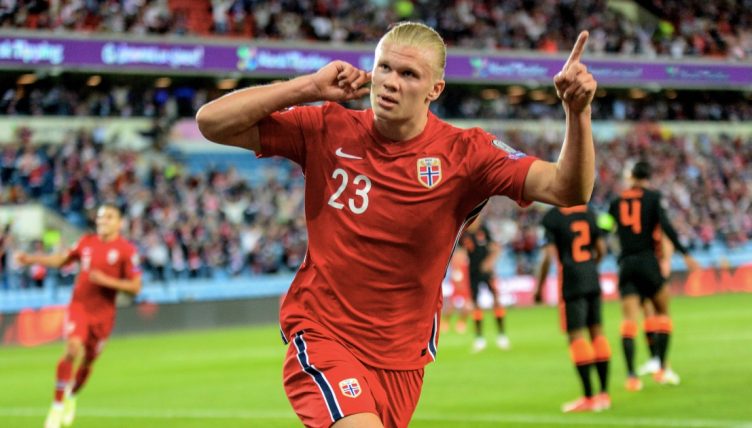 Borussia Dortmund’s Erling Haaland was at the centre of the action during Norway’s 5-1 win over Gibraltar on Tuesday night.

Having scored 41 goals in 41 games for Dortmund in 2020-21, Haaland has picked up where he left off with six goals in his first five games for the club this season.

The striker has carried that form over onto the international stage, scoring in Norway’s recent World Cup qualifiers against the Netherlands and Latvia.

But he saved his best for their game against Gibraltar, scoring two goals in the space of 12 minutes to give his side a 3-1 lead at half-time.

After former Crystal Palace striker Alexander Sorloth made it 4-1 on the hour mark, Haaland sealed his hat-trick with a tap in during injury time.

The 21-year-old now has 12 goals in 15 appearances for his country but was still left feeling frustrated after missing a great chance during the game.

“I do not score enough goals, but approach one goal point on average,” Haaland told Norwegian outlet NRK after the game. “I personally think that I should have had more goals than matches.”

Watch the miss below.