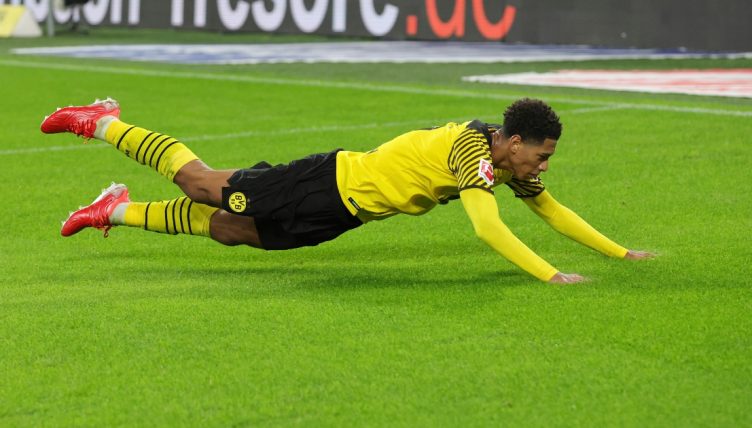 Jude Bellingham scored his first goal of the season as Borussia Dortmund beat Hoffenheim 3-2 in a thrilling Bundesliga encounter.

Bellingham, who played for England at Euro 2020, has entered his second year in German football following his move from Birmingham City last summer.

And he made a significant impact as Dortmund bounced back from last week’s defeat at Freiburg.

The 18-year-old set up Sunderland-born Giovanni Reyna for the opener with an incisive forward pass.

Hoffenheim found an equaliser, but Bellingham restored Dortmund’s lead after he controlled a loose clearance on his thigh just inside the box before lashing the ball into the bottom left-hand corner.

🎥 An absolute #Bundesliga classic tonight as @BlackYellow sealed the win VERY late on… any guess who got the winner? 😉 pic.twitter.com/Zw2B1bCqm4