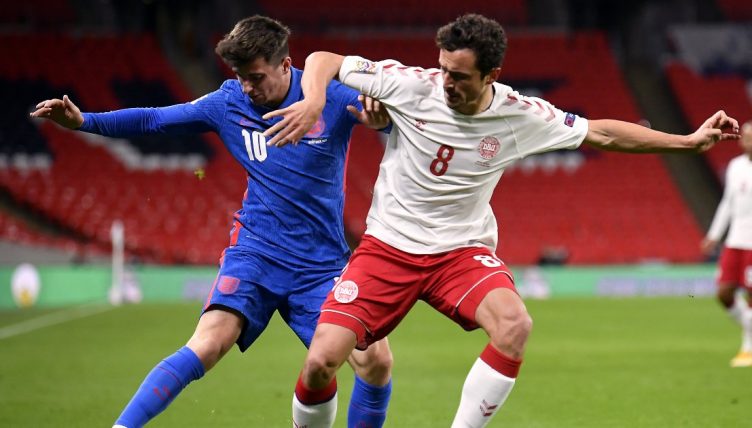 Delaney isn’t exactly renowned for his goal-scoring exploits, registering just three goals in 77 appearances in all competitions for Dortmund.

But he has spent a lot of time with Erling Haaland over the last 12 months and it’s clearly having an effect.

Currently away on international duty with Denmark, the midfielder decided to work on his finishing during a recent training session.

After his initial effort was saved by the goalkeeper, Delaney improvised by striking the ball with his heel and sending it past the goalkeeper into the top left corner.

If there was a Puskas Award for training goals, he would have it in the bag.

The 29-year-old now be hoping to do something similar in Denmark’s 2022 World Cup qualifier against Austria on Wednesday night.