Watch: Drogba drinks from kid’s water bottle, gets assist, then goes back 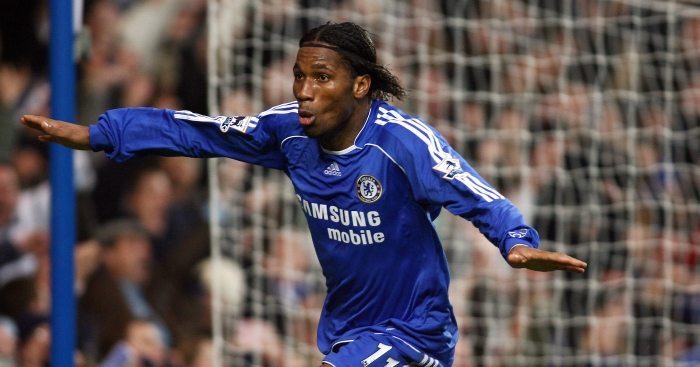 Former Chelsea striker Didier Drogba celebrated in unique style on Friday night after his corner kick led to a goal for Phoenix Rising.

The Rising were 3-2 down with 20 minutes remaining against LA Galaxy II in America’s USL when Drogba stepped up to take a corner, but first the Ivorian took advantage of the two kids sitting the other side of the advertising hoardings, taking a sip from one of their bottles of water.

Then, after his corner was headed in by JJ Johnson for the equaliser, Drogba returned to the corner to celebrate with the kids before proceeding to pour the water over his head.

And as if he hadn’t done enough, the 40-year-old Champions League winner later scored the winner from the penalty spot in front of a record crowd at Phoenix Rising Soccer Complex.

Watch the video of the equaliser below, including some brilliant commentary.

Watch: Didier Drogba explains why he always scored against Arsenal