Watch: Didier Drogba explains why he always scored against Arsenal 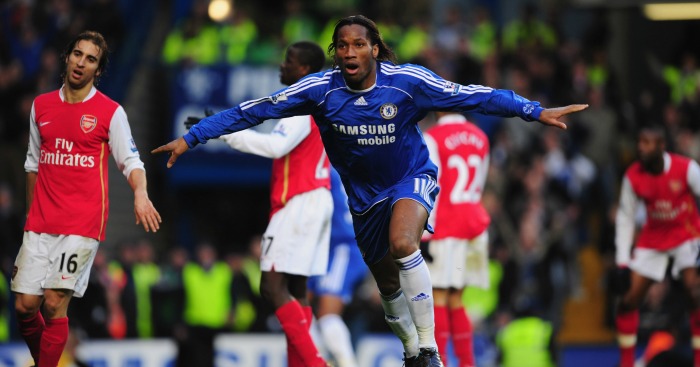 Arsenal fans can be forgiven for having nightmares about Didier Drogba lining up against their team in a Chelsea shirt.

After joining Chelsea from Marseille in 2004, Drogba went on to torment Premier League defenders for eight years before returning for a second spell in 2014.

In total, Drogba scored 104 Premier League goals as he helped the Blues to four titles, while he also lifted the FA Cup on four separate occasions, the League Cup three times and, memorably, the Champions League once.

But the Ivory Coast international often saved his best performances for Arsenal, against whom he scored a total of 13 goals in 15 appearances – more than any other team in his career.

Among those goals were winners in a League Cup final, Community Shield and FA Cup semi-final, and the striker has now explained why he felt he had to always play well against the Gunners.

‘Full of fantasy’: How Joe Cole captured the hearts of West Ham and Chelsea