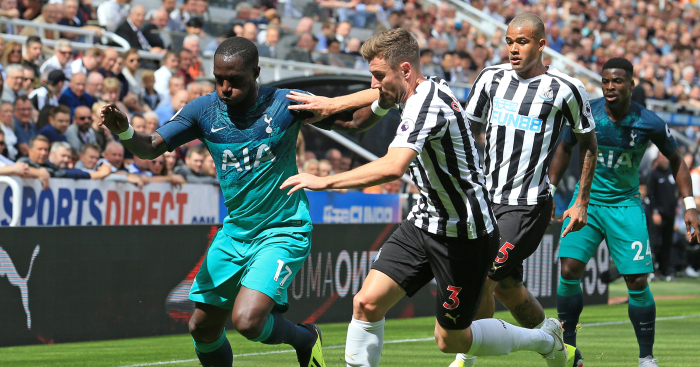 Moussa Sissoko almost returned to haunt his former club only to be thwarted by an excellent Martin Dubravka save during Tottenham‘s 2-1 victory at Newcastle United on Saturday.

Tottenham opened their Premier League campaign by taking all three points away from St James’ Park, courtesy of early goals from Jan Vertonghen and Dele Alli.

Joselu briefly brought Newcastle back level in the 11th minute, and the Magpies could have snatched a draw only to be denied by the crossbar.

However, they also had Dubravka to thank for a fine stop from Sissoko 10 minutes into the second half.

Sissoko made his name in England with Newcastle before joining Spurs after some impressive performances for France at Euro 2016.

The 28-year-old has failed to recapture that form in north London but started Spurs’ opening match in central midfield and almost bagged himself a goal from close range.

Ben Davies fizzed a cross across the box, but Dubravka showed brilliant reflexes to parry, and then regather, Sissoko’s effort.