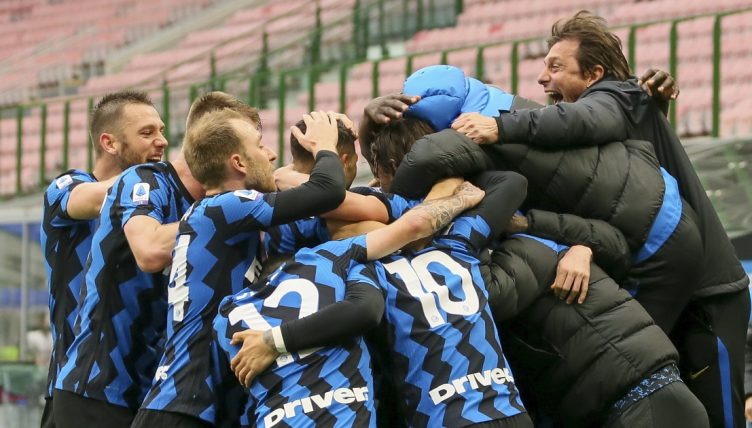 Antonio Conte sprinted over to celebrate with his Inter Milan players after the winning goal against Cagliari.

Ex-Manchester United defender Mateo Darmian scored the crucial strike as Inter opened up an 11 point lead at the top of Serie A. The club are on the verge of their first league title since 2010.

In this context, it’s no surprise that the famously excitable Conte couldn’t contain his joy on Sunday.

The Inter manager ran onto the pitch to celebrate with his players and explained himself after the match.

“I’m always stressed but the celebration was a reward for the lads, as was the kiss to [Achraf] Hakimi,” Conte told DAZN.

“I don’t consider myself to be an older brother but I often kiss them on the forehead, they know the affection I have for them and that I’m ready to throw myself into the fire for them. Hakimi deserved it, as did Darmian.”

Antonio Conte ran over to celebrate with his Inter players after Darmian's crucial goal 😅 pic.twitter.com/e8Ye3NEgAS