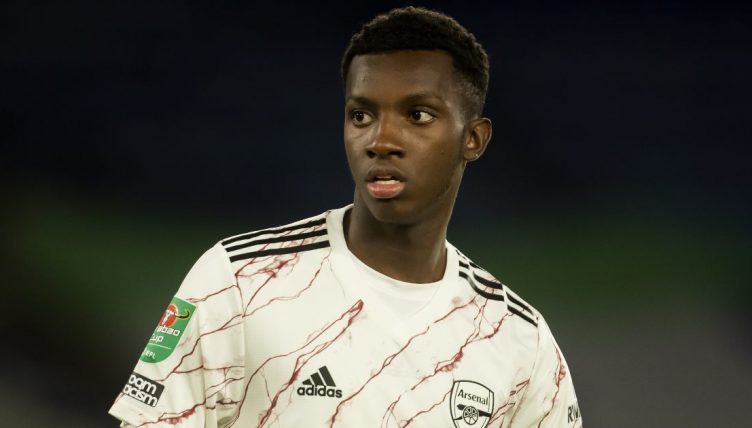 Eddie Nketiah missed a gilt-edged chance to give Arsenal an early lead in their pre-season friendly against Scottish side Hibernian.

After starting just four Premier League games in 2020-21, Nketiah has been heavily linked with a move away from the Emirates this summer.

Despite the rumours, he was handed an opportunity to stake a claim for a place in Mikel Areta’s starting Xl ahead of next season.

The striker took advantage of a dreadful back pass in the opening five minutes, only to then fire wide when clean through on goal.

Martin Boyle capitalised on some poor defending to open the scoring for Hibernian and Daniel Mckay doubled their lead in the second half.

After Nicolas Pepe missed a penalty, Emile Smith Rowe pulled a goal back but it was too little too late as the Gunners suffered defeat in their first pre-season friendly.