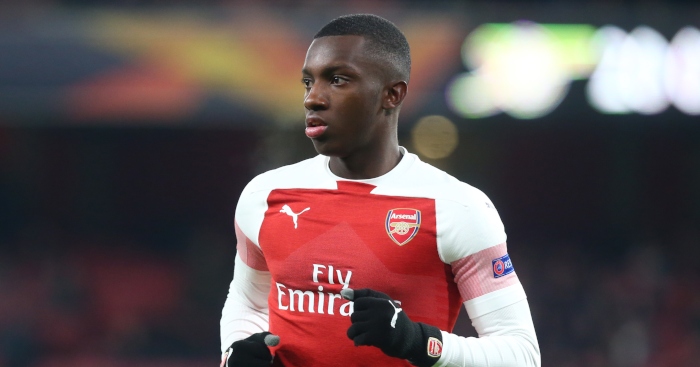 Eddie Nketiah caught the eye with a brace for Arsenal‘s Under-23s against Chelsea on Monday night, including a brilliant solo goal to help secure a 3-1 victory at Stamford Bridge.

Having been released by Chelsea at Under-14 level, Nketiah will have no doubt enjoyed his return to west London as he continued his impressive form in the Premier League 2 competition.

The striker, who scored twice in 10 appearances for the senior side in his breakthrough campaign last term, has now scored nine goals and registered four assists in 11 games in the Under-23 league this season.

Nketiah put Chelsea to the sword by scoring twice in the opening half hour before providing the assist for Carl Jenkinson to make it 3-0.

Daishawn Redan pulled a goal back for the hosts in the 83rd minute but it was too little too late.

Eddie Nketiah tearing it up at Stamford Bridge, you love to see it. 4 goals in his last 2 games against Chelsea u23s.pic.twitter.com/Ft5wvi1npS