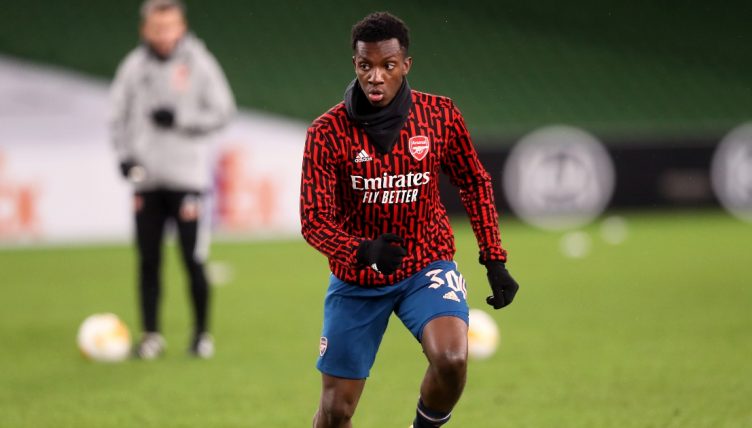 Eddie Nketiah may have been linked with a move away from Arsenal this summer, but the striker gave Mikel Arteta a reminder of his talents with a late equaliser as the Gunners drew 2-2 with Rangers on Saturday.

After being favoured by Arteta in the early months of the Spaniard’s reign at Arsenal, Nketiah struggled for opportunities in 2020-21, starting just four times in the Premier League.

The 22-year-old has been linked with a permanent departure from the Emirates this summer, having previously been on loan at Leeds United in 2019-20.

But Nketiah managed to catch the eye against Rangers with a smart finish to level the scores late on, after new signing Nuno Tavares had earlier scored on his debut for the north Londoners.

⚽️⚽️⚽️Goal⚽️⚽️⚽️
Nketiah with a nice strike