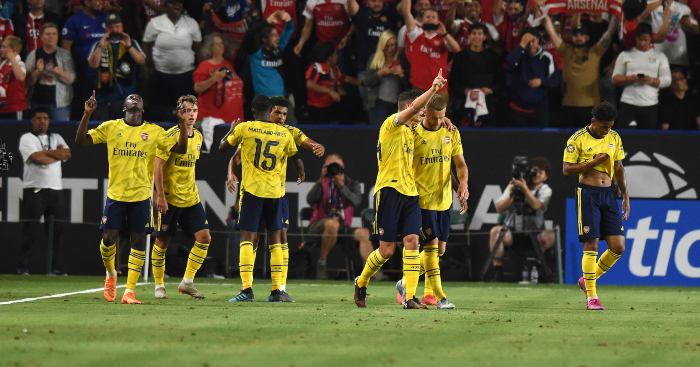 We’re not saying everything is fine at Arsenal now they’ve revived their classic bruised banana away shirt, but Eddie Nketiah scored a late winner in a 2-1 victory over Bayern Munich in the Gunners’ first outing in their new kit.

Having named a strong side against the German champions in LA, Unai Emery’s men impressed and eventually took the lead shortly after half-time through Louis Poznanski.

But Arsenal grabbed a winner in the 88th minute as Nketiah, on from the bench, converted after good work from fellow substitute Tyreece John-Jules.

If only the Gunners were wearing that kit home and away, we’d back them for the title.