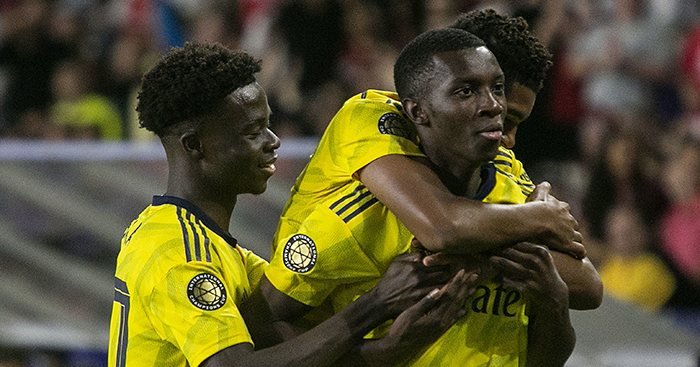 Eddie Nketiah scored the winner to help Arsenal beat Bayern Munich in LA – and it was far from the only thing the young forward did to impress.

Nketiah is one of 13 youngsters Unai Emery has included in his squad for the tour of the USA, but the 20-year-old is closer than most to seriously challenging for a place in the Gunners’ first team.

He does, of course, have Alexandre Lacazette and Pierre-Emerick Aubameyang ahead of him in the pecking order, but Nketiah did his chances no harm with his impressive cameo against Bayern.

Introduced nine minutes from the end as a replacement for Lacazette, Nketiah caused Bayern – and Niklas Süle in particular – plenty of problems with his pace and power, and there was no better example of that than in the 85th minute when he turned inside the Germany international before shoulder-barging Joshua Kimmich straight off the pitch as the pair challenged for a loose ball.