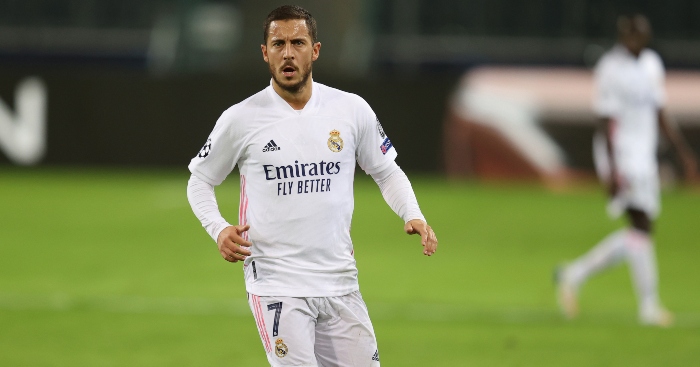 Eden Hazard has been in danger of becoming Real Madrid‘s forgotten man.

Signed from Chelsea for much fanfare in 2019, Hazard’s time in Spain has been bedevilled by injury problems and inconsistent form.

However, the Belgium international remains a world-class talent, and he demonstrated this in Madrid’s La Liga fixture against Huesca.

Receiving the ball with his back to goal, he turned his defender before unleashing an unstoppable long-range howitzer that flew past Andres Fernandez.

It was only Hazard’s second goal for the club and what he’s lacked in quantity, he’s more than made up for in quality.

We’ve got our fingers crossed for the return of the real Eden Hazard.

Eden Hazard with a WONDER GOAL! 😱

Just his second Madrid goal, but what a strike that is! 💥 pic.twitter.com/2uxb39jHCs