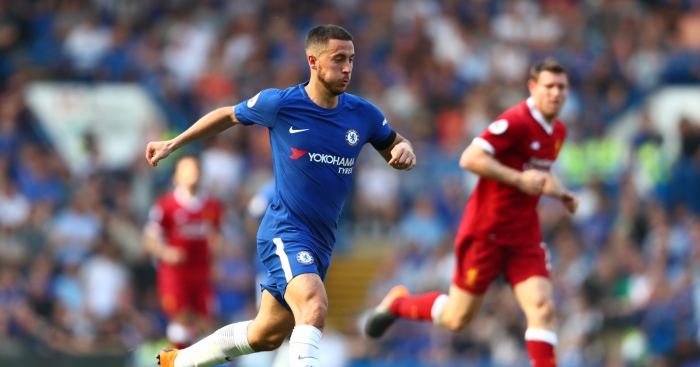 Hazard was causing Liverpool’s defence all kind of problems, with Dejan Lovren holding his shirt to the extent of ripping it at the collar.

The hosts were ahead thanks to Olivier Giroud’s header which came on the end of a fine move that in fact didn’t involve Hazard.

Tiemoue Bakayoko played an excellent long ball out wide to Victor Moses, whose eventual left-footed cross was deflected and headed in by Giroud.

It was the Frenchman’s 29th headed goal since 2012, more than any other Premier League player has managed in that time.

And one of his best moments came when it looked like his route to goal was shut out with Roberto Firmino and Nathaniel Clyne surrounding the Belgian.

But somehow Hazard brilliantly skipped away from the pair as he flicked the ball over an outstretched leg and managed to get a shot away.

If watching Hazard doesn't give you joy then football isn't for you, he literally danced past 4 players. pic.twitter.com/iYbNY1931r