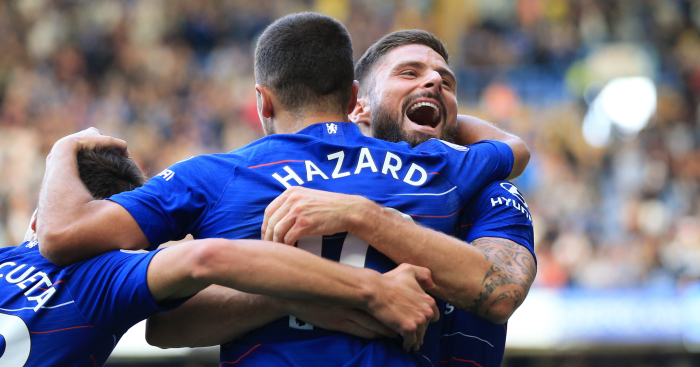 Eden Hazard paid the ultimate compliment to Olivier Giroud after the duo combined to devastating effect in Chelsea‘s 4-1 victory over Cardiff City.

Cardiff threatened an upset at Stamford Bridge when Sol Bamba put the visitors ahead in the 16th minute.

Hazard came to the Blues’ rescue with a hat-trick, with Giroud providing the assist for the Belgian’s first two goals, as the Londoners maintained their 100% start to move to the top of the Premier League.

When asked by BBC Sport how much easier Giroud makes his job, Hazard suggested that the former Arsenal striker is the best target man in world football.

Olivier Giroud, the best target man in the world?

Some praise from Eden Hazard, this… pic.twitter.com/BcfUsU9FBa