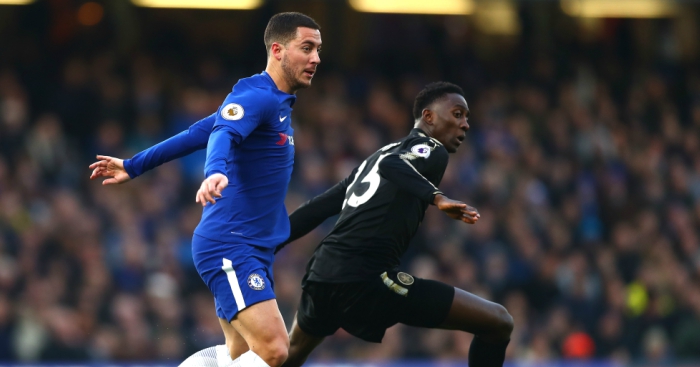 Chelsea may have toiled in the first half against Leicester City at Stamford Bridge, but Eden Hazard still provided a reminder of his class with a cheeky nutmeg on Wilfred Ndidi.

Leicester enjoyed the better of the first 45 minutes, having more possession and peppering the Chelsea goal with 12 shots.

Reflecting on the first half, Danny Mills told BBC Sport: “Chelsea’s defence is all over the place, no one is really taking control. It’s way too open, which is great for the spectators and the neutrals but if you’re Antonio Conte you’re going to be quite concerned.”

The hosts are likely to look to Hazard as their talisman to produce a moment of magic which wins them the match.

And the Belgium international did show a glimpse of his talent with a slick nutmeg on an unsuspecting Ndidi.

Eden Hazard claims yet another victim. This time, it's Ndidi. Nutmeg, anyone? 0-0. #CFC pic.twitter.com/nz5y3mJKlG