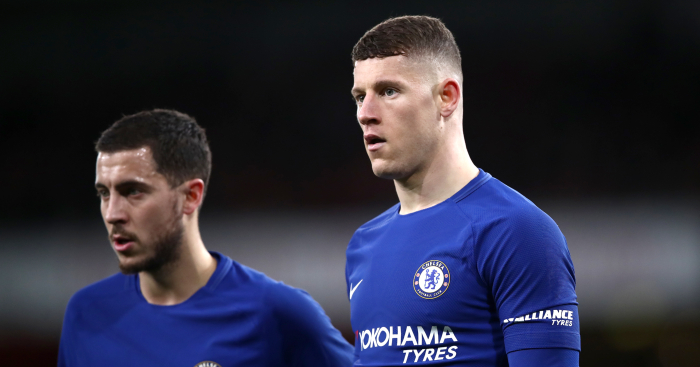 Eden Hazard showed his mischievous side once again as he jokingly joined in with the Everton fans booing Ross Barkley ahead of Chelsea’s fixture at Goodison Park.

Barkley is an unpopular figure at his former club following his acrimonious departure to Chelsea in January 2018.

And the Toffees support made it known as the midfield ran onto the pitch for the warm-up to a smattering of boos from the sidelines.

Hazard emerged from the tunnel shortly afterwards and couldn’t help but join in with the chorus of boos directed at his team-mate himself, tongue placed firmly in cheek.