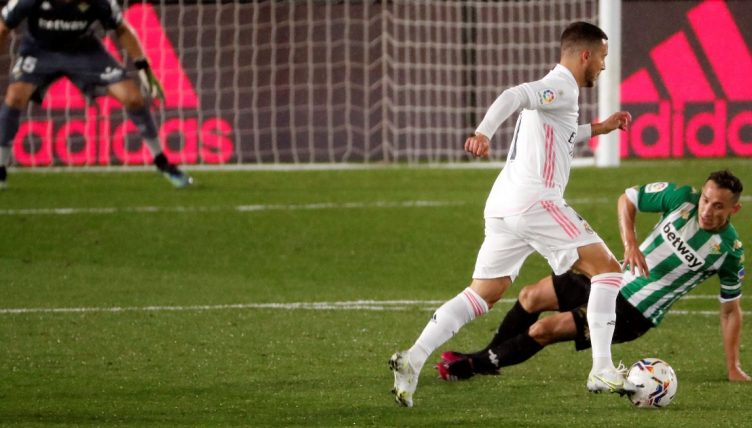 Real Madrid were left frustrated on Saturday night, as they could only muster a 0-0 draw against Real Betis, but there was a silver lining in a lively cameo from Eden Hazard ahead of Tuesday’s reunion with his former club Chelsea.

It’s been another difficult, injury-hit season for Hazard in the Spanish capital. Chelsea’s all-time most expensive export has only scored four goals for Los Blancos since he signed last summer, and been fit enough for just six starts in La Liga in 2020-21.

But after yet another month-long injury lay-off, the Belgium international made a late, 13-minute cameo in Saturday night’s goalless draw, and he didn’t look anywhere near as rusty as you might expect.

Hazard looked lively, making the most of the few minutes, asking for the ball and looking to make things happen. No Madrid player created more chances in the entire game.

“He is feeling very better and he is ready,” said Zinedine Zidane, who confirmed he’ll be in the squad to face Chelsea.

“He wants to be back more than anyone else.”