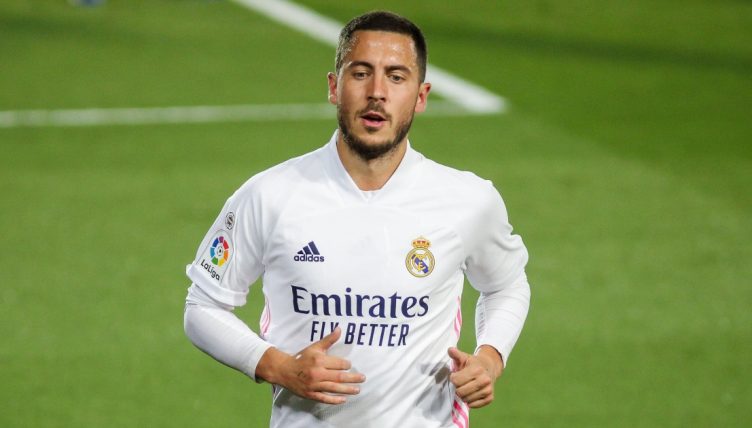 Eden Hazard hasn’t had the easiest of weeks but he scored a crucial last-minute equaliser for Real Madrid against Sevilla on Sunday.

Hazard was the subject of heavy criticism in Spain following his behaviour at the Champions League semi-final with Chelsea.

Having produced an anonymous performance on the pitch, Hazard was caught laughing with his former teammates after the game.

But the Belgium international may have partially redeemed himself with his goal during a crucial match in the La Liga title race.

Real Madrid were losing 2-1 and in danger of dropping vital points before Hazard arrived as a substitute with 10 minutes remaining.

And he was in the right place at the right time to divert Toni Kroos’ shot past the Sevilla goalkeeper via his heel. It was only his fifth goal for the club.

He’s scored plenty more aesthetically pleasing goals but, after a difficult time in Spain, it will be one Hazard will surely cherish.

Toni Kroos' shot deflects in off of Eden Hazard and it's heartbreak for Sevilla and a title race lifeline for Real Madrid ⚪ pic.twitter.com/ntjeuLUPDk