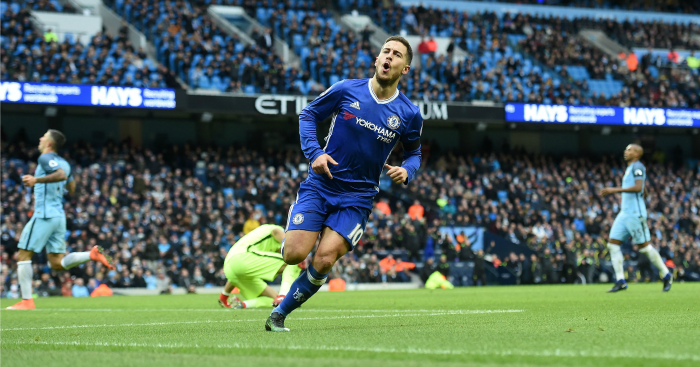 If the definition of a great player is somebody who produces in the big games then Eden Hazard has a strong claim to being the best player in the Premier League right now.

After winning the Player of the Year award when Chelsea claimed the title in 2014-15, Hazard struggled for the majority of last season, but is firmly back to his best this term.

And the Belgian’s wonderful solo goal against Arsenal on Saturday completed his record of having scored against the rest of the Premier League’s current top six since May of last season.

The 26-year-old awoke from his slumber with a brilliant strike against Tottenham while all those around him lost their heads in the Battle of Stamford Bridge, and since then he has been in exceptional form in a blue shirt.

What is most impressive about the goals he has scored against the biggest and best teams in England is the sheer quality of his efforts – when Hazard is full of confidence, playing with a swagger and has a healthy dose of arrogance, he is simply unstoppable.