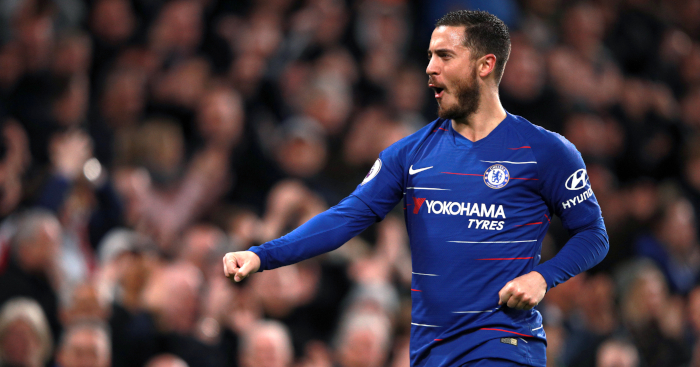 Eden Hazard was at his magnificent best as Chelsea beat West Ham 2-0 at Stamford Bridge on Monday night.

Chelsea climbed above Arsenal and Tottenham into third place in the Premier League with the victory, secured by two goals from Hazard.

The Belgian opened the scoring in the first half with a goal of the season contender, slaloming past a host of West Ham defenders to slot home.

And Hazard wrapped up the win in stoppage time, finishing from close range after an excellent pass from Ross Barkley.

While the 28-year-old was the Blues’ main goal threat, he also almost created a superb goal for Callum Hudson-Odoi with a sublime pass from inside his own half.

We’re going to miss him.