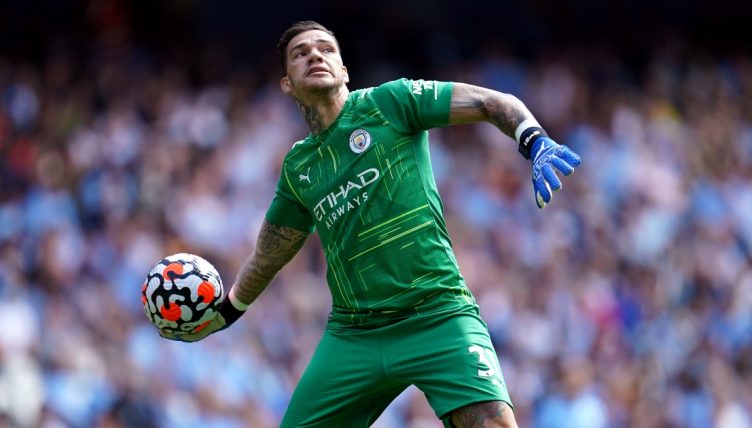 We don’t know if he was being careless, or he was just bored, but Ederson almost gifted Arsenal a route back into their match against Manchester City with a rogue pass on his own goalline.

The Premier League champions were already leading Arsenal 2-0 before a bizarre moment almost let them back into the game.

Ederson took about three touches too many upon receiving possession, which allowed Emile Smith-Rowe the chance to close him down.

As the Brazil international went to clear the ball, Smith-Rowe stuck out a toe and deflected the ball across the goalline – missing the target by inches.

Ederson may not be allowed to represent Brazil in September’s World Cup qualifiers after all 20 Premier League clubs decided not to release their players to ‘red zone’ countries across Africa and South America.