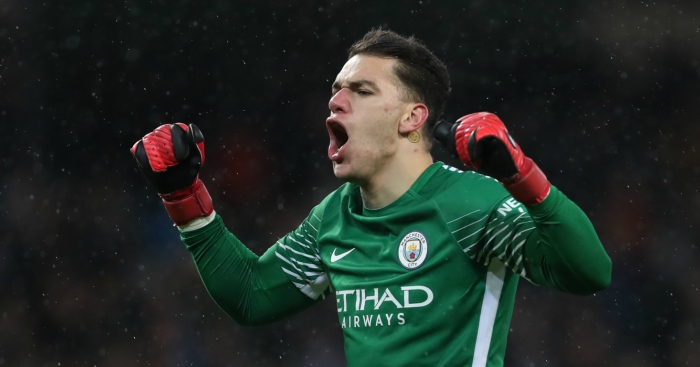 Ederson proved that he’s much more than a sweeper keeper with an incredible save in Man City’s win over Crystal Palace.

City took a 2-0 lead at Selhurst Park thanks to goals from Gabriel Jesus and David Silva but Ederson still had to be alert in the 76th minute.

Chrstian Benteke rose highest to divert a powerful header towards goal but the City goalkeeper tipped the ball onto the crossbar, so he was able to keep a clean sheet.