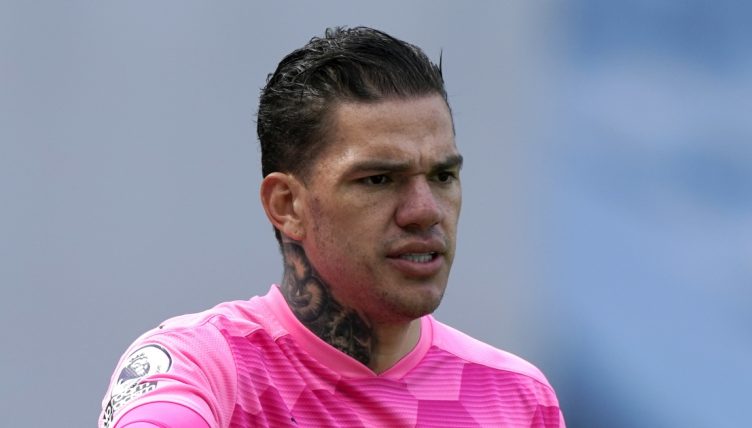 Manchester City manager Pep Guardiola is notoriously hard to please but a piece of chest control by Ederson made him swoon with admiration during Tuesday’s trip to Brighton.

The champions travelled to Brighton with one eye on next week’s Champions League Final in Porto, perhaps explaining how they fell to a 3-2 defeat after being two goals up, albeit having spent much of the game with a man down after Joao Cancelo was sent off.

Despite letting in three goals, Ederson retained his impeccable standards, as this first-half moment of ball control demonstrated.

As Alireza Jahanbakhsh floated a harmless ball into the penalty area, the City goalkeeper saw he was unchallenged and decided to bring the ball down on his chest.

He looked like the coolest man around and won himself a look of admiration from his manager.