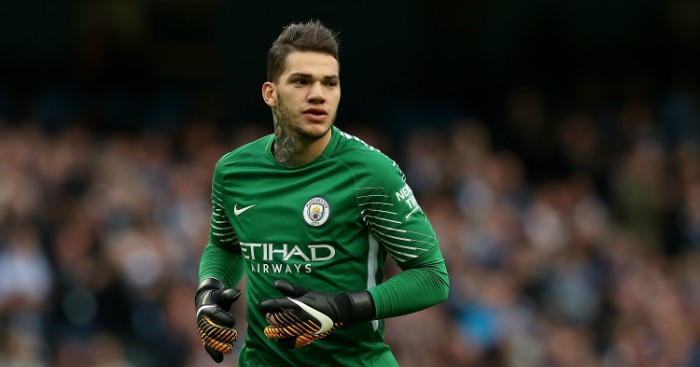 Ederson recorded a fifth consecutive clean sheet in Manchester City’s 2-0 victory over Shakhtar Donetsk on Tuesday night – and the goalkeeper showed just why Pep Guardiola has placed so much faith in his ability.

Second-half goals from Kevin De Bruyne and Raheem Sterling fired City to the top of Group F in the Champions League, and Ederson continued his impressive start to his career at the Etihad.

The decision to sign Claudio Bravo from Barcelona last season backfired on Guardiola as the Chile international failed to adapt to the Premier League, and similar concerns were raised when the club spent £35million to land 23-year-old Ederson from Benfica in the summer.

But the Brazil international has only conceded twice in his first eight appearances for the club, impressively recovering after suffering a head injury in the clash with Liverpool’s Sadio Mane.

And Ederson displayed his ability on the ball against Shakhtar with two excellent pieces of distribution, one with his feet and one with his hands.

Watch: Seven of the best tactical innovations by Pep Guardiola