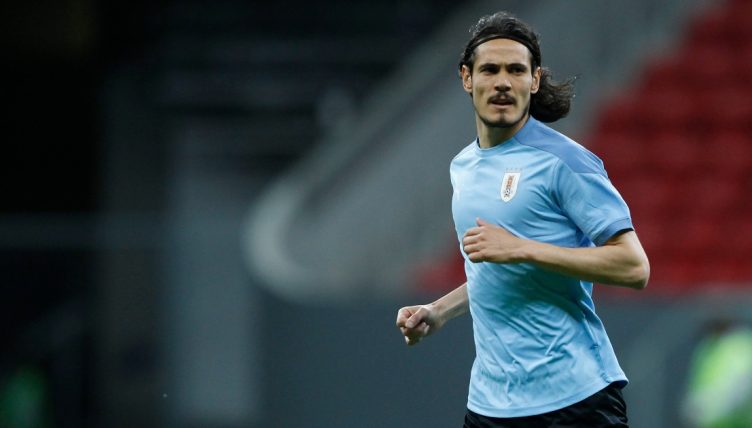 Manchester United fans will be hoping to see Edinson Cavani spearhead their Premier League title challenge next season but for now, they will have to settle for watching him in the Copa America.

Last season saw Cavani score 17 goals in all competitions for the Red Devils as they finished second in the top flight and came to within a whisker of winning the Europa League.

The Uruguayan’s record for his country is also very impressive. Currently, he sits on a record of 52 goals in 121 games for La Celeste, 12 behind Atletico Madrid’s Luis Suarez who holds the crown of all-time top goalscorer.

It was Cavani who was on hand to secure all three points for Oscar Tabarez’s side on Thursday night, however, as Uruguay swept Bolivia aside in the Copa America, winning 2-0.

In the 39th minute, Carlos Lampe could only turn the ball into his own net as he tried to stop United’s marksman tapping in at the back post.

But with 11 minutes of the match remaining, Cavani made his move, timing his run into the Bolivia penalty area to perfection to finish off a lethal move.