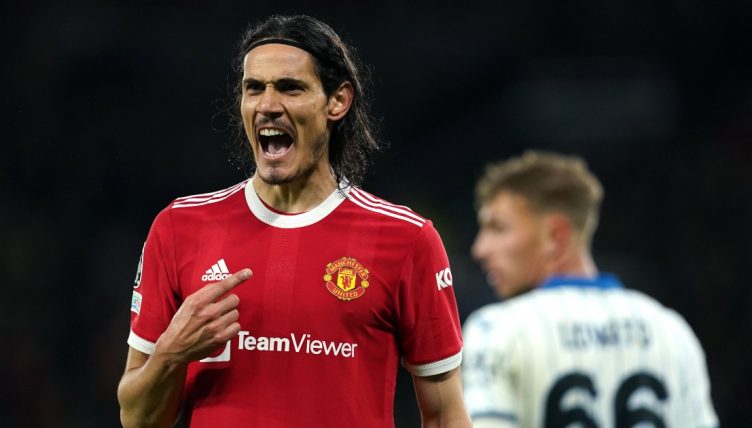 Manchester United suffered a humiliating 5-0 defeat against Liverpool on Sunday afternoon – and Edinson Cavani missed the chance to gain the smallest of consolations after missing an open goal.

Cavani started on the bench as United looked to kickstart their stuttering Premier League campaign but were blown away by Liverpool, who rattled goal after goal past their wretched opponents.

The Uruguay international was introduced in place of Marcus Rashford with United already 5-0 down and he was presented with a golden opportunity to get his name on the scoresheet.

A free-kick was headed back across goal by Scott McTominay and Cavani appeared to be on hand to turn the ball home – but, instead, Cavani scuffed his effort which allowed Liverpool defender Andy Robertson to deflect the ball onto the crossbar and away.

It could be argued that the goal would have been ruled out anyway as McTominay looked fractionally offside.

But that won’t hearten any United fans who watched their team suffer a humiliating defeat to their fierce rivals.