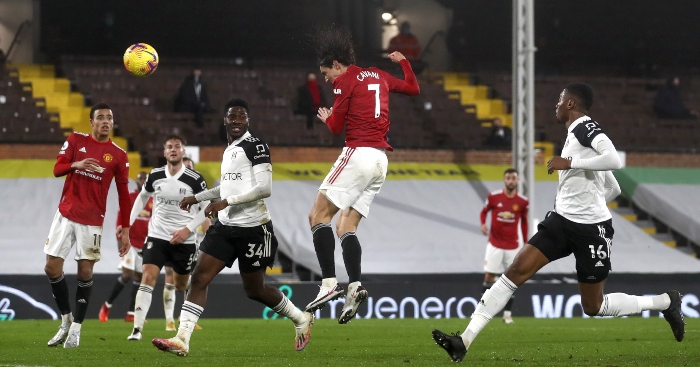 Edinson Cavani had a header saved after some beautiful build-up play during Manchester United‘s 2-1 win over Fulham.

United went into the game determined to regain top spot in the Premier League after Leicester and Manchester City had overtaken them following recent wins.

It was following Pogba’s strike where United constructed their best move of the match.

Having pressed Fulham out of possession, slick interplay between Bruno Fernandes, Cavani and Pogba worked the ball towards Anthony Martial on the left-wing.

Approaching full speed, Martial took on the Fulham defence before sweeping a pass to Cavani. A few seconds later, Fernandes had delivered a whipped ball towards the Uruguayan strikers, whose header was well-saved by Alphonse Areola.

Cavani’s just relentless. You need this energy up top pic.twitter.com/6j1xh2FDJt