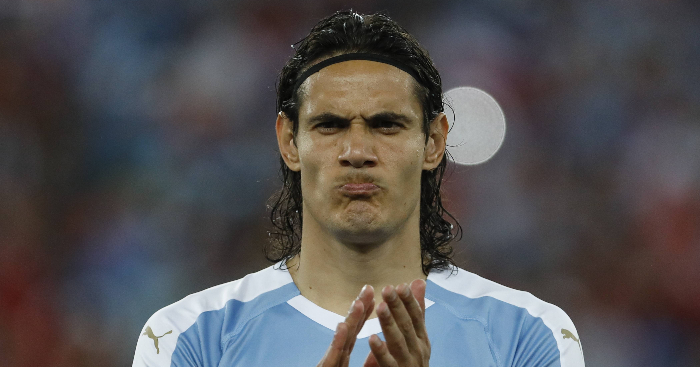 Having had to sit out Everton‘s last three matches for a late tackle on Liverpool‘s Thiago, Richarlison found himself on the receiving end of a similar challenge from Manchester United‘s Edinson Cavani.

The Toffees forward was suspended for their recent 3-1 defeat to United, in which Cavani scored his first goal for the club by coming off the bench to finish off a late counter-attack, but he’s been back in form for his country.

He scored the second of Brazil’s two goals in their 2-0 World Cup qualifier win over Uruguay last night. Meanwhile, Cavani had all the responsibility up front for the hosts, with strike partner Luis Suarez unavailable after testing positive for coronavirus.

Unfortunately for United’s newest recruit, he couldn’t find the back of the net, and a bad night got worse after the referee, aided by the VAR monitor, deemed his challenge on Richarlison was worthy of a red card.

“It was a contest over the ball and of course he went over the top,” Richarlison explained post-match. “If my foot was planted there on the floor, maybe it could even have broken my ankle.”

Watch the tackle below: