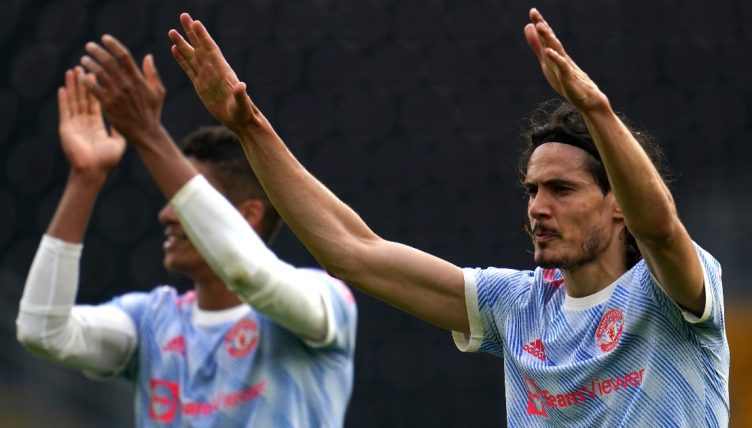 Edinson Cavani became a huge hit among Manchester United fans last season but after the return of Cristiano Ronaldo his role in Ole Gunnar Solskjaer’s side looks slightly more uncertain.

After scoring 17 goals in 39 appearances last season, the club tied him down to a new contract in May. But on transfer deadline day, the Red Devils reached a shock agreement to bring Ronaldo back to Old Trafford from Juventus.

With Mason Greenwood starting the season in red-hot form, Cavani had arguably already fallen to second in the striking pecking order. But with the Portuguese likely to occupy that centre-forward role, the future is now a bit more unclear for the Uruguayan.

On Sunday, he made his first appearance of the season, coming on as a substitute as United beat Wolves 1-0 at Molyneux and he was in action again on Wednesday as he looked to stake his claim for the first-team role.

As United took on Stoke City in a friendly at Old Trafford, Cavani struck the bar with an excellent free-kick. Greenwood and Teden Mengi scored for the hosts but the Potters ran out 4-3 winners in the clash.

It was a brilliant attempt from the striker, however, and will surely give Solskjaer food for thought.

Edinson Cavani hit the crossbar from a free-kick in the behind-closed-doors friendly, between #mufc and Stoke City. pic.twitter.com/YN2c6XNeTo