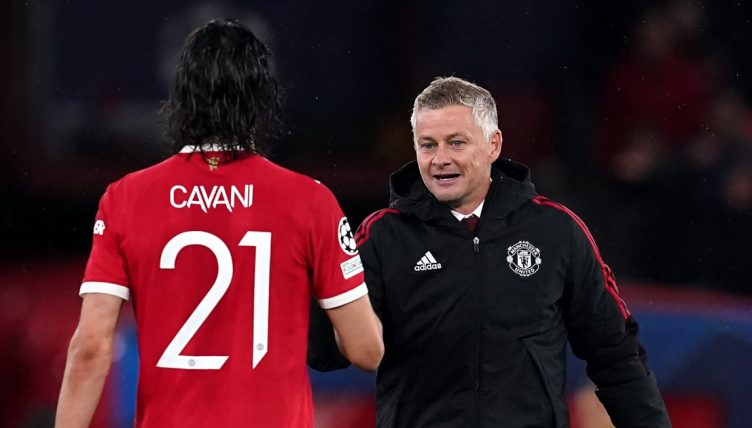 Edinson Cavani may have surrendered his number seven shirt to Cristiano Ronaldo but this mad effort to keep the ball in play shows he hasn’t surrendered the affections of the Manchester United supporters.

Cavani was a late substitute as United chased victory in their Champions League group match against Villarreal and showed all the desire and determination that has endeared him to the Old Trafford faithful.

The 34-year-old clicked into gear and chased down a harmless ball that look destined to roll out of play – even Ronaldo had stopped running after it.

But Cavani appeared from nowhere and beat the dozing Juan Foyth to the loose ball. After a brief touchline tussle, Cavani emerged with possession but was unable to fashion a chance due to the absence of red-shirted players in the penalty area.

Despite this, it was a fine example of determined play from the Uruguay international and roused the nervous Old Trafford crowd.

This is why fans love Edinson Cavani 😤