Watch: Edinson Cavani tries to sing chant that Man Utd fans made for him 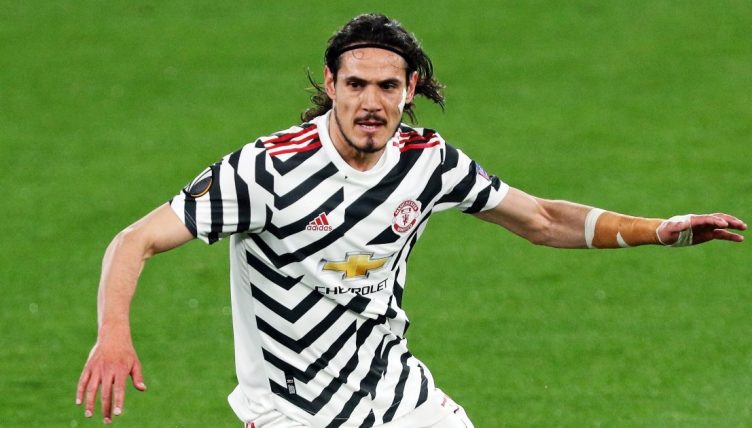 Despite only joining the club last summer, Edinson Cavani is already on his way to cult hero status at Manchester United.

Cavani has made a huge impact on and off the pitch, netting 15 goals in 35 appearances for United in all competitions this season.

While stadiums have remained empty this season, fans have made a chant for him to the tune of ABBA’s ‘Gimme! Gimme! Gimme!’

The striker was asked about the chant after signing a new one-year deal at Old Trafford and clearly recognised it, attempting to sing along.

“The funny thing is, the first time I heard the tune, it was not from the fans. It was one of the guys, one of the kit men,” Cavani then told United’s official website.

“Every time I went past him at training, getting ready, he would be singing the song to me. It was amazing then when I heard the fans singing it as well. One, it is a good tune, I like the tune, and, two, it is another thing that makes you feel so happy inside.

“Obviously, it is a strange season and a weird year, with the circumstances in which we are playing but, in time, it would be amazing to, at some point, hear the fans singing that inside the stadium. But, yeah, it was the kit man who taught it me first.”

He tried his best bless him 😂😍 pic.twitter.com/VOee7MOUjC

ANOTHER EXCUSE TO POST THIS VIDEO… GIVE IT TO EDDIE CAVANI🎶 #ManchesterUnited #Cavani #MUFC #EdinsonCavani pic.twitter.com/NoO16KrwWD