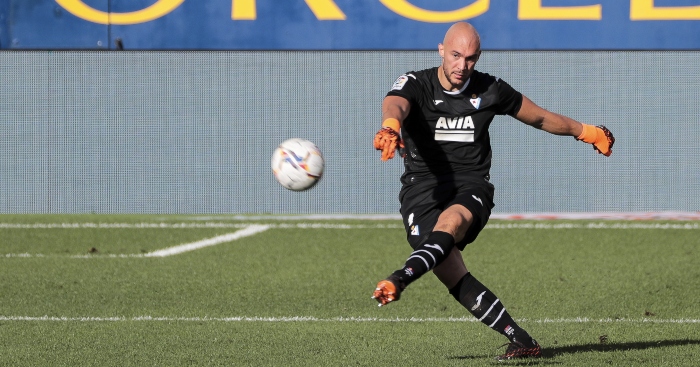 Diego Simeone’s side attempted to extend their lead at the top of the table but Eibar were given the chance to take the lead from the spot after Yoshinori Muto was fouled in the penalty area.

Following in the footsteps of Hans-Jorg Butt and Rogerio Ceni, Dmitrovic stepped up to take the penalty in the 12th minute.

Despite coming up against one of the best goalkeepers in the world, he kept his cool and sent Oblak in the wrong direction as he smashed the ball into the back of the net.

It was the first goal of his professional career, and he has now become the seventh goalkeeper to score in La Liga.

That's one way to take the lead against LaLiga leaders Atletico Madrid 😂 pic.twitter.com/pZznk3CPer

Watch: Newport goalkeeper scores stunning goal from his own goal-kick