Watch: Eight players get a red card after a mass brawl in Copa Libertadores 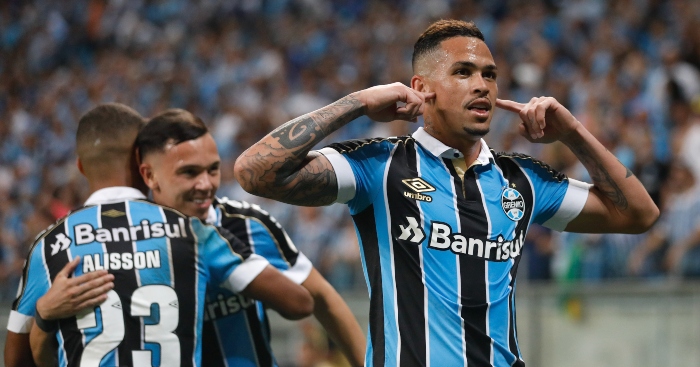 The fixture is regarded as one of Brazilian football’s biggest rivalries, but it was their first meeting in the competition and tensions were clearly running high.

In the 88th minute of the match, a brawl erupted on the sidelines as two players started shoving each other before the substitutes got involved.

Players from both sides can be seen kicking and punching one another, whilst others were dragged and pinned to the ground.

The incident lasted well over a minute before the referee eventually managed to get things back under control, sending off eight players – four from each team.

Crazy scenes in the #Libertadores match between Gremio and Internacional as a huge fight broke out! 🤯🤯🤯pic.twitter.com/Ff83hiVsKO

The game finished 0-0 and Internacional currently top the group on goal difference. They were set to meet again next week, but the Copa Libertadores has now been postponed due to the Coronavirus.