Watch: Emerson passes to himself as two team-mates pull off dummies 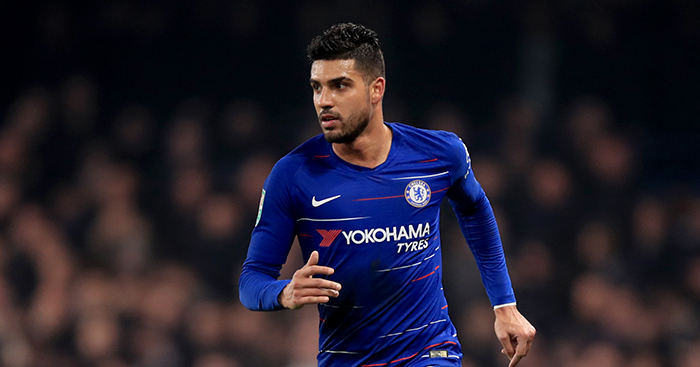 Emerson impressed at left-back for Chelsea in their Carabao Cup semi-final against Tottenham on Thursday night – and there was one moment in particular which stood out.

Emerson played the full 90 minutes at Stamford Bridge as Chelsea set up a final against Manchester City with a 2-1 win on the night and then 4-2 win in a penalty shootout to decide the tie.

Maurizio Sarri, who was once again chewing cigarettes on the sidelines, told Chelsea’s official website after the game: “Emerson will stay with us, for sure. He’s very important. He’s improving.

“Sometimes I had a little problem to put him in because we are not a very physical team so when we play with three little players in the same match, set-pieces could be a problem, but not for another reason.

“I’m very happy with him, he’s improving and he’s a very good player.”

And the Italy international certainly caught our eye when he somehow managed to take four Spurs players out of the game with one simple pass – albeit he received some assistance from two brilliant dummies.

Watch the wonderful moment below.